Is Suicide Preventable? Insights from Research

In some circles, conventional wisdom about suicide prevention suggests that one just needs to know what signs to look for. That’s not the case. And suicide in the United States is on the rise. What’s needed are some novel ideas, and more data to back up our assumptions.

Wilkins Kearney left a note for his wife on the kitchen counter, propped against their wedding picture. It began, “To dear Lilla,” and ended, “I love you so much!” Then he pulled open a drawer and took out his gun.

His suicide seemed to come out of nowhere for his tight circle of friends and family. Looking back now, they remember no warnings, no signs of depression, nothing but the long, solitary runs he would sometimes take when work or life got him down. He was always just the same old Wilk, a loyal friend with a streak of mischief in his grin. “An active participant in life,” one close friend said.

For years, public-service campaigns have stressed that suicide is preventable, that people can save a life if they just catch the warning signs early enough. But a recent study found that the truth is much more complicated. In our search for answers, it concluded, we may have been looking in the wrong place.

“What did I miss?” Wilkins’ widow, Lilla Wright Kearney, still asks herself. “I lived with him! What could I have changed? What could I have done? I would do anything to bring him back, and I can’t, and it just breaks my heart.”

Rates of Suicide Are Rising

Suicide has become one of the leading causes of death in America. The toll has risen, year after year after year, for more than a decade, especially among young women and middle-aged people. Around 121 people now die by suicide on an average day in America; on Halloween evening in 2016, Wilkins Kearney was one of them. 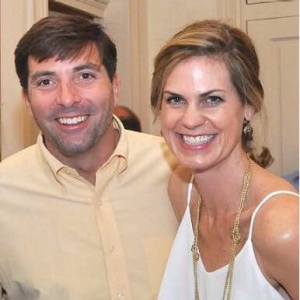 Photo courtesy of the Kearney family

He was, by all accounts, a character—and in his hometown of New Orleans, that counts for something. He used to call into sports radio talk shows, introduce himself as Catfish from Grand Isle, and then hold forth on Saints football. He cracked up the congregation at his own wedding when he ended his vows with a long and loud, “A-MEN!”

That was just 14 months before his death.

“I’ve replayed my memories so many times,” said one of his best friends, Todd Thompson. “Nobody had a clue. Here’s somebody I’ve known since diapers, who’s in that much pain, and nobody knew.”

The idea that there should be telltale warning signs when someone is sliding into suicidal distress has been so well publicized that it’s now accepted as fact. But the research is surprisingly thin. One study found dozens of different warning signs listed on prominent suicide-prevention websites, few with any published research backing them up, and many so vague they could apply to almost anyone at some point.

The Rate of Suicide in the U.S. Has Dramatically Increased

* The suicide rate has been age-adjusted—the data can’t be attributed to any shifts, over time, in the age distribution of the U.S. population (i.e., higher concentrations of older men, who tend to have higher suicide rates).
Source: American Association of Suicidology/Centers for Disease Control and Prevention

Rajeev Ramchand studies suicide as a senior behavioral scientist at RAND. His work has helped suicide hotlines better respond to callers in crisis, and helped military leaders better address suicide risks in the ranks. But he has always been troubled by that lack of hard evidence for the warning signs that have become a central part of suicide-prevention campaigns.

Starting in late 2015, he and a small team of researchers embedded themselves with the coroner’s office in New Orleans, a partnership facilitated by the RAND Gulf States Policy Institute. They were there to study suicide up close, not in case files and medical summaries, but face to face with people who had lost loved ones, listening to their stories.

They interviewed the families of 17 people who had died by suicide, conducting what Ramchand describes as psychological autopsies. They asked about daily routines, relationships, health and financial problems, the presence of guns in the house or a note left behind. One clear pattern emerged: In almost none of the cases did the usual warning signs provide a reliable signal that a life was spiraling toward suicide.

For the families of those who took their own lives, the warning signs were a daily fact of life, not a new red flag.

That’s not to say those warning signs weren’t present. In fact, most of the people had withdrawn, become anxious or aimless, said they had no reason to live or even talked openly about suicide. The problem was that those were not new behaviors.

More than two-thirds of the people in the study had a diagnosed mental illness; more than half were using illegal drugs. For their families, the warning signs were a daily fact of life, not a new red flag. “They did not necessarily think that their loved ones were not at risk for suicide,” the researchers wrote, “but rather felt that suicide was a chronic risk.”

In only four of the 17 cases did the researchers find warning signals that were truly new behaviors. But even then, it would have been hard to see them for what they were against a backdrop of distress or depression. Three of the people had recently been arrested or were under criminal investigation. The fourth had attempted suicide before and had just lost his job.

We have to be careful about these warning signs and not create the false hope that people can just be vigilant for them. These are really way more complicated than they appear on their face.

The study was small, and Ramchand is quick to say more research is needed to either back up or back off the idea of warning signs. But its findings suggest a different approach to suicide might help more families and save more lives. “It shifts our focus,” he said.

Families and Friends Are Not to Blame

He still believes most suicides are preventable. But it requires digging deeper into depression, mental illness, and other known risk factors that don’t fit so neatly on a public-service brochure. What is needed instead, he says, are high-quality programs for people with mental health problems, and support services for families struggling with depression. The time to intervene is not just in the hours or days before a suicide attempt, but in the months and even years leading up to it.

Ramchand sees one other important lesson in the study’s findings, a message for the families and friends who have lost loved ones to suicide. “They are not to blame,” he says. “They didn’t miss anything.”

That’s still a daily hurt for the people who loved and lost Wilkins Kearney. They have teamed up with Ramchand on suicide-prevention efforts in New Orleans, although Wilkins’ case was not part of the study. If it had been, his widow would have told the researchers that there were no signs he was in such pain. Just those few times when he said he didn’t want to talk, and then disappeared on a long run.

She keeps a favorite picture of Wilkins near her kitchen sink, so that she can look at him every night while she makes dinner. “The smile on his face in that photo,” she says, and then pauses. “Just the love. The love he had for his friends, the love he had for me. That’s what I see. I don’t see an unhappy person. I don’t see the sadness. I just see that ginormous smile.”

Wilkins was a man of traditions, and one of his favorites was the annual Mardi Gras party he organized with his friends. They kept it going this year as a fundraiser in his memory. It drew some 500 people, including Ramchand, and raised more than $50,000 for mental health programs. They called it Wilkapalooza, and they decorated t-shirts, hats, and belts with its logo: a giant catfish.

For every $1 you give, 93% is spent directly on our charitable activities. Thank you for helping save lives!

Your password reset link appears to be invalid or expired.